Assist. Lecture Fatima Mohammed Hussein Wais
fatimam.al-khahi@uokufa.edu.iq
Nanosuspension
The major problem in drug formulation is poor aqueous solubility of drug, in addition to that drug to be absorbed should be in a liquid state, so poor aqueous solubility of drug cause retarded in drug dissolution which lead to poor in a bioavailability of drug. Now a days about 40% of new drug entity are lipophillic material which have poor in dissolution and bioavailability. There are many approaches to solve these problem, like change in pH, addition of salt, cosolvent, cocrystals, micronization and nanosization. The most modern one nanosization and nanosuspension has attractive technique to solve a problem of poor water soluble of drug .
Pharmaceutical nansuspension can be define as colloid aqueous dispersion of insoluble drug particles with nanosize range(1-1000nm) in which stabilize by surfactant. Nanosuspension can be use to increase solubility of poor water soluble drug which lead to increase bioavailability of drug and faster the pharmacological action. Different method can be used to prepare nanosuspension like milling media, high pressure homogenizer, antisolvent method, solid dispersion, and emulsion solvent evaporation. Nanosuspension can be use to delivered drug by oral administration, parentally, ocular, and for target drug delivery.
Nanosuspensions have many advantages as drug delivery technique when compare with traditional method for drug delivery, in which can be applied for a wide range of poor water soluble drugs, increase bioavailability of drug, simple method need to production, can be incorporated in different dosage form like tablet, capsule, hydrogel and also nanosuspension can lower fed/fast variable. 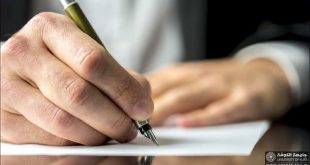 Human behavior and how to communicate with each

Why was speaking to some people so easy, while otherswere total blockheads, When we communicate …